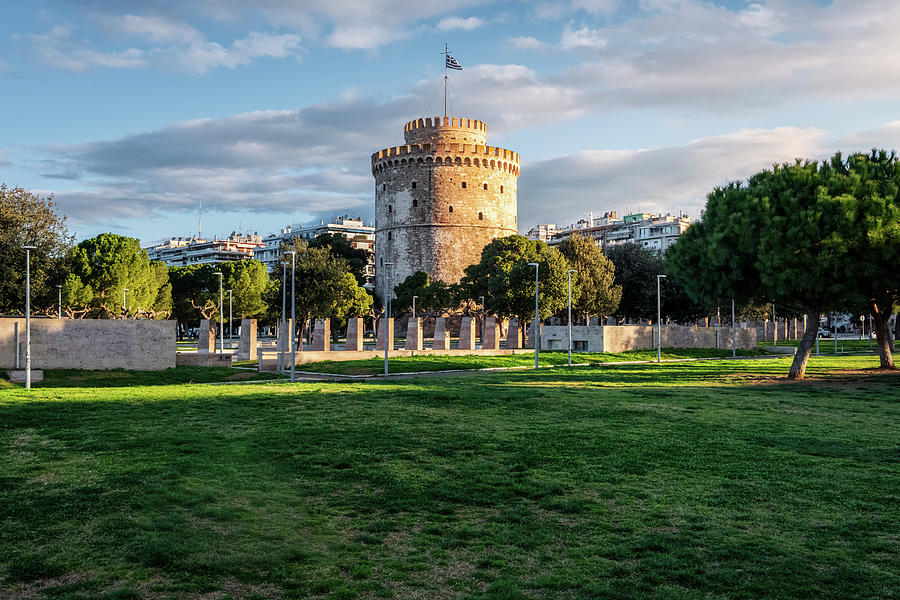 Morning Light on the White Tower of Thessaloniki in Greece

Morning Light on the White Tower of Thessaloniki in Greece

The White Tower of Thessaloniki lit by the first morning light. It is springtime so the grass has a vibrant green color and so are the pine trees surrounding this popular tourist attraction.

The White Tower of Thessaloniki (Lefkos Pyrgos in Greek or Beyaz Kule in Turkish) is a monument and museum on the waterfront of the city of Thessaloniki, capital of the region of Macedonia in northern Greece. The tower was built by the Ottomans shortly after Sultan Murad II's forces took Thessaloniki in 1430. It is now a well-known tourist attraction that welcomes thousands of visitors each year. No wonder why it has become the symbol of the city.

If you climb all six floors to the top, you'll be rewarded with a spectacular 360-degree panorama of the city of Thessaloniki and the Thermaikos Gulf.

This photo was captured very early, on a Sunday morning. The first rays of day illuminate the Tower's side, as well as the clouds and trees that surround it. It's probably the only time of day when there are only a few people walking around. Aside from that, it's a rather active location. On the flagpole at the top of the tower, the Greek flag is also waving. The azure sky is filled with a few fluffy clouds. The beauty of this quiet morning is enhanced by the green foliage and grass.

Thank you very much Lynn!

Beautiful. Love the early morning light and lack of crowds.

Thank you very much!